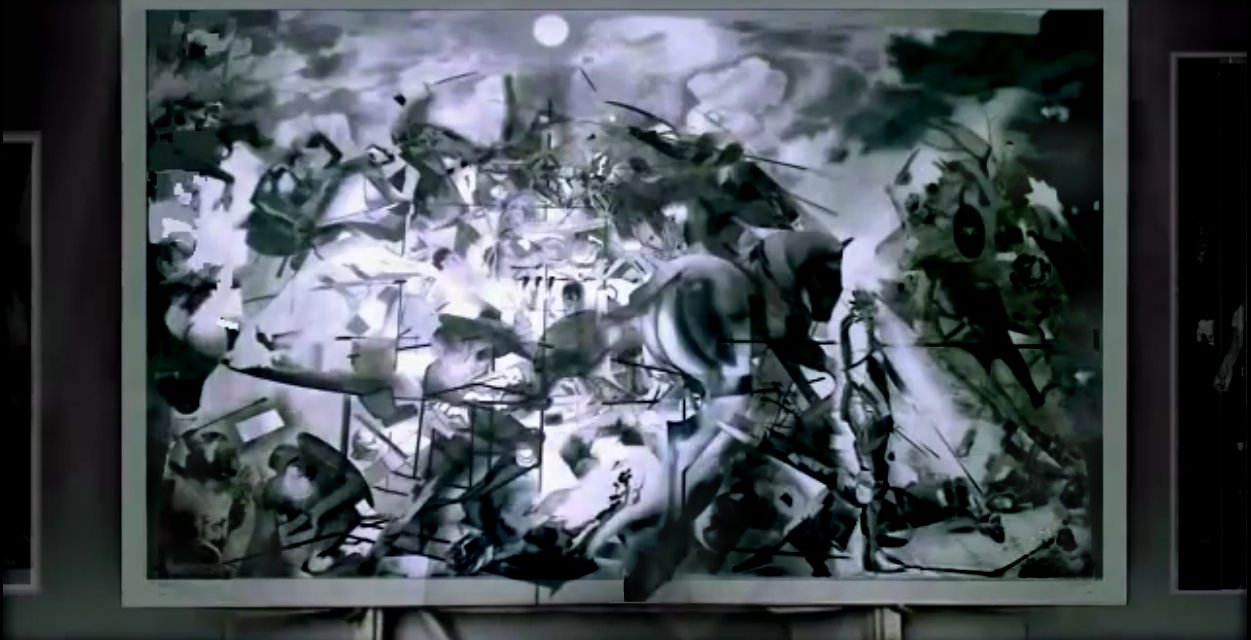 The Battle of Anghiari after Leonardo da Vinci 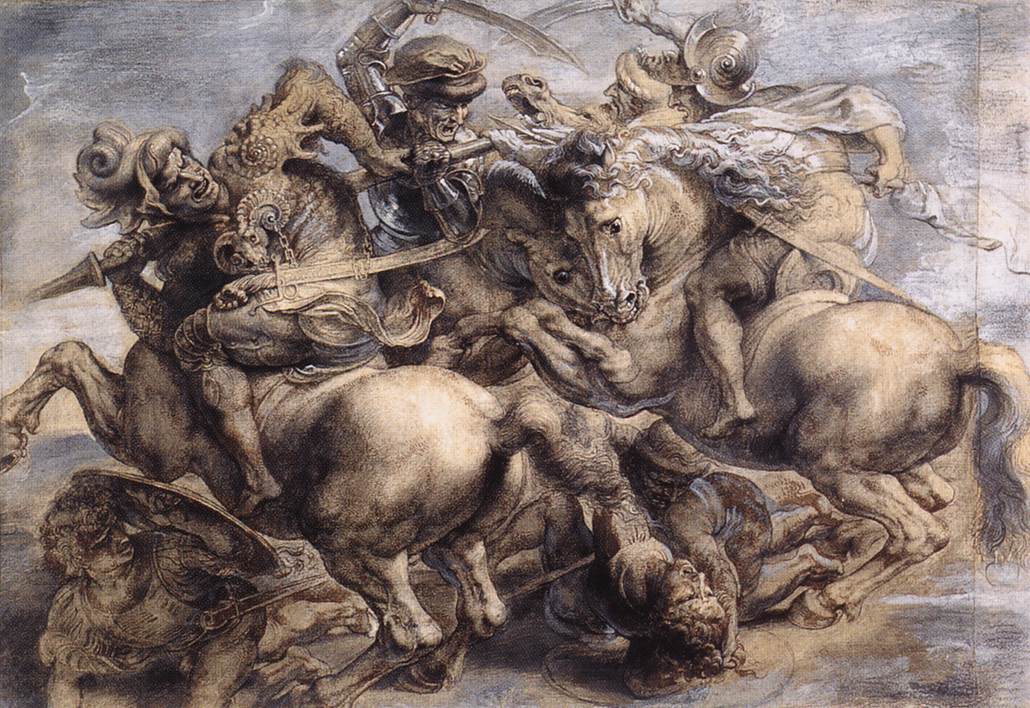 Peter Paul Rubens's copy of The Battle of Anghiari.

Starting with the above image by Rubens I developed the composition into the new paintimg (top). If you look closely you can see elements of rubens' work still present in the new design.


The battle of Anghiari (1505) is a currently lost painting by Leonardo da Vinci, at times referred to as "The Lost Leonardo",
Its central scene depicted four men riding raging war horses engaged in a battle for possession of a standard, at the Battle of
Anghiari in 1440.

Many preparatory studies by Leonardo still exist. The composition of the central section is best known through a drawing
by Peter Paul Rubens in the Louvre, Paris. This work, dating from 1603 and also known as The Battle of the Standard,
was based on an engraving of 1553 by Lorenzo Zacchia, which was taken from the painting itself or possibly derived from a
cartoon by Leonardo. Rubens succeeded in portraying the fury, the intense emotions and the sense of power that were presumably
present in the original painting.